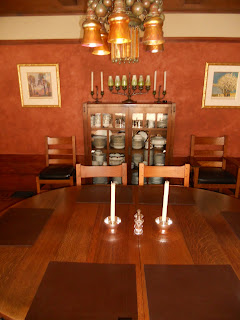 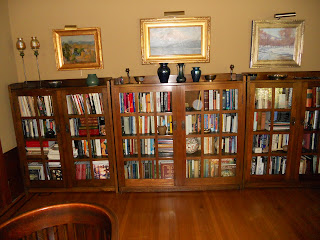 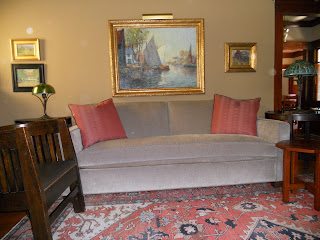 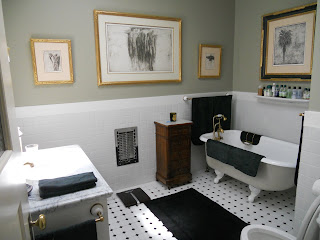 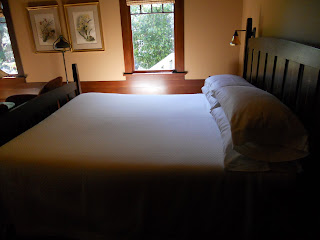 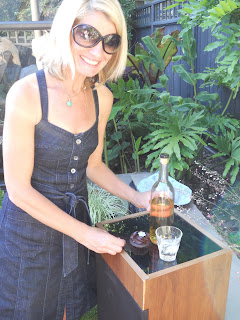 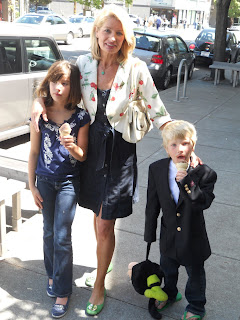 Memorial Day is for barbeques,  but I knew Ross and Gary do things properly and there would be Deutz champagne, so I dressed up a little.  Cy (six) followed my lead as he likes to be "fancy". He paired his serge blue sports jacket with a Goofy hat and lime-green flip flops (jandals to us kiwis). He kills me.

Ross and Gary have a 1910 Arts and Crafts house in Oakland and it is "so comfy and so beautiful"as Jackson, 11, sighed. In the den (or TV room as we Kiwis say) the sofa is filled with down, which most people don't  use anymore because it doesn't bounce back immediately.  The  kids loved how "our elbows leave a dent for a while".  From another time.

The Gods were smiling on us and the kids played scrabble quietly in the den for four hours. Wow, that
down fill is obviously very calming.

I've noticed it's now de rigeur and very eco in the Bay Area is to say you've done a "renovation" rather than a "re-model",  I guess implying the latter is a rather nasty  tearing and ripping out.
But (without mentioning either term) Gary and Ross really have done a renovation, preserving the house's  good bones and lilt. Some wag (an olde English word I've always wanted to use, means clown or  joker) had the idea of drinking tequila with their La Farine chocolate cupcake. Gary fetched a label-less tequila made by their friend who uses his own agave plants grown in Mexico.

This tequila was the smoothest you've ever tasted and went swimingly (again, always wanted to use that word) with the cupcakes.

First pics: Cy's classic "fancy" outfit; sports coat, Goofy soft headwear, green flipflops (jandals). I'm dressed less formally in 7 for all mankind denim dress, Smythe jacket, Tory Burch flats and Latico handbag
Next pic: One of the additions is the guest bedroom.  Shaddle Contractors of San Leandro. Architect is  Stephen Sooter of Berkeley. Sheets so pristine, I had to stroke them. (sorry)
Next pic: Cupcakes and tequila: do both go with everything?
Last pic: kids playing in the den (oops, just realised Cy has choc on face, sorry again, Gary and Ross)
Posted by About Last Weekend at 7:38 PM