Kate made a jolly clever move wearing this ensemble in Nu Zild don't you think? First off she's wearing black, colour of the All-Blacks (Kiwi Gods, national rugby team). Secondly, she's got a silver fern on her shoulder, so the Silver Ferns (national netball team) are all taken care of. 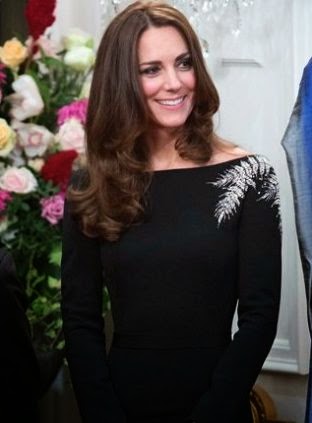 On Tuesday we went to the Pet Shop Boys. Yes, that's what I thought too. "I love the Pet Shop Boys...what did they sing? Western girls da da de da, Eastend boys do da de la." You just remember he's got one of the most iconic voices ever. Go to the show if you can, it's art installation meets solid gold dancers.

First the back-up dancers wore tinsel balls on their heads and jumped around on the stage on pogo sticks, then they wore dead cow heads with orange jumpsuits. A video of a not very transitional Goldhawk Road in Shepherd's Bush which I spent many good years wandering along for one reason or another...


The PS Boys look like Grandpas now, but they've still got edge. Instead of trying to push out new songs I reckon they should just get one of those mix and match masters like Pharrell to do their perfect old stuff. No one asks me though...

Don't you just love friends who set a nice table? William'n'Ron do, the cutlery and glassware is sparkling, it's a real treat going to their house, they always put on a top spread. Ron is a superb baker, look at his cheesecake.

Boiling here! Here's an outfit I wore four days in a row (with a few washes). Nothing spesh but it works. The jacket had been MIA at the cleaners for a few months. Heavens knows what it was doing, mind boggles really. 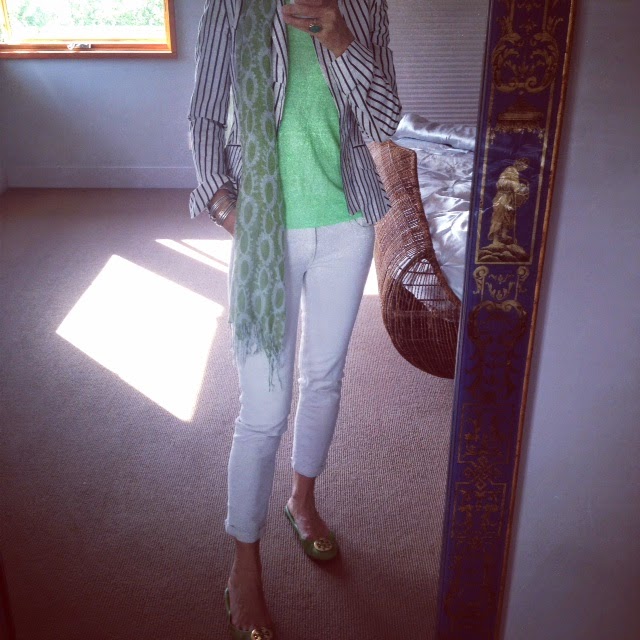 Here's three of the home design articles I did lately for the San Francisco Chronicle. You will see from the first two that I might have become the retiree correspondent for the paper. Finally, a job where I get to feel young! This first couple had lived in a small flat next to the Oakland Airport because they travelled so much for work. Now they're retired - look where they live! (read article here)


This Chicago couple retired from to the Berkeley Hills knowing no one. Brave I reckon! (read here)


If you're like me and you love having a good old nosy in other people's home, you'll love all seven of these home tours coming up. One of the homes is just at the end of our road and has stunning views. They are a sports-loving couple who have 11 televisions - three of them in a row in the living room. Each to his own - we have just the one behind closed doors and I rarely go in.  I prefer a monastically silent day (read article here )


Today was our wedding anniversary, neither of us remembered. Mum did. Eleven years ago we were living in London intending to move to the US and we were told we had to get married toot sweet if we wanted entry (even though we already had three kids ). We made a next-day appointment at Marylebone Registry Office. Both Kevin and baby Tallulah had dodgy tummies and we had to change Tallulah's clothes three times in the loos after successive explosions. We dragged in two security guards as witnesses. Memories...


Posted by About Last Weekend at 9:11 PM