Our house in NZ Home & Garden

Crikey, thought I best update my blog after four months' (!) silence.  Thanks for being patient and loyal. My sister, Shazza just sent me some snaps of the NZ Home & Garden magazine which features our house this month (sorry no link until it gets loaded onto the stuff.co.nz site, apparently). Here I am leaning against the front door with my hand on my hip, as you do on a Monday arvo. 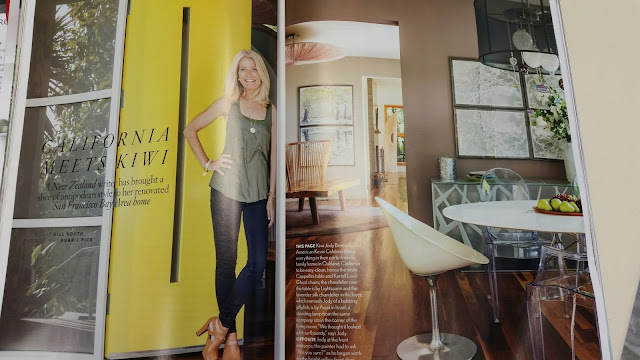 Blogging is a strange old thing. I've always vacillated between Gosh I've got to tell you this! and Why on earth would they want to hear about that load of old nonsense? and Ugh, I sound like I'm skiteing (showing off)... which probably explains the four-month hiatus.


As you can see my sister Sharon is better known for her journalistic skills than photographic (could have you squished the page down more, Shazza?) 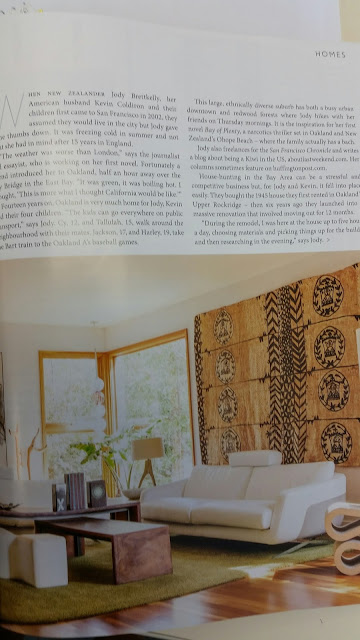 It was a pleasure to be interviewed (tables turned, I'm usually the ones asking questions) by the highly experienced Gill South. Kind of scary, you're worried about coming across as a complete drongo; now I know what's it's like to be on the other side. 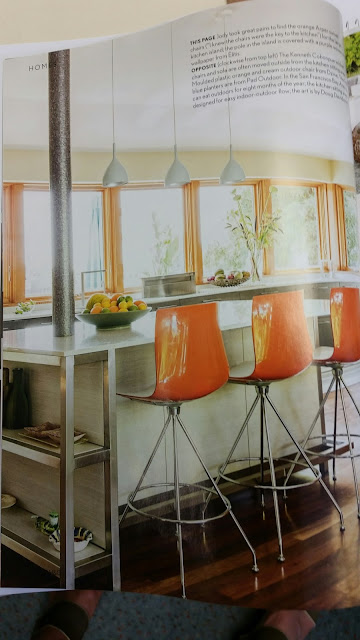 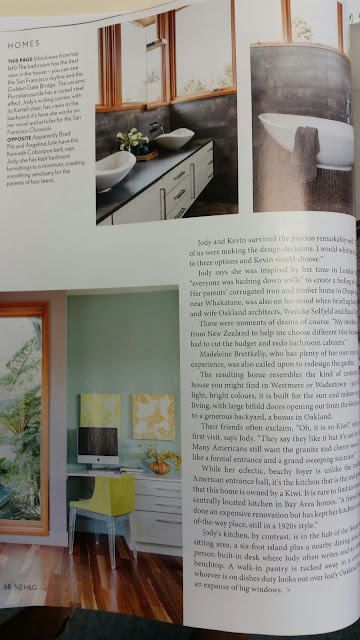 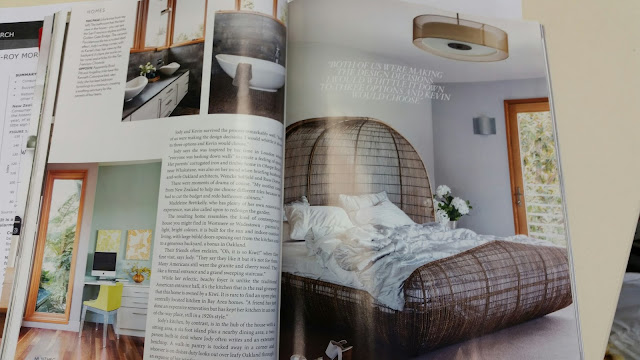 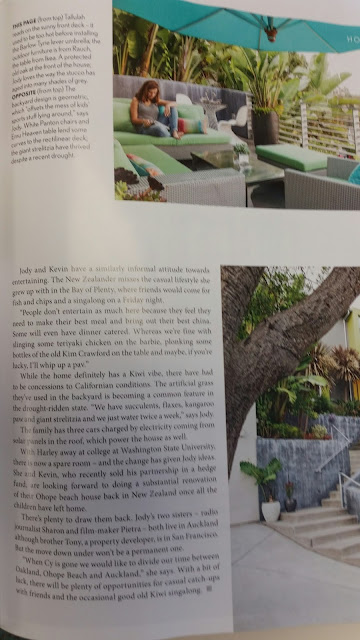 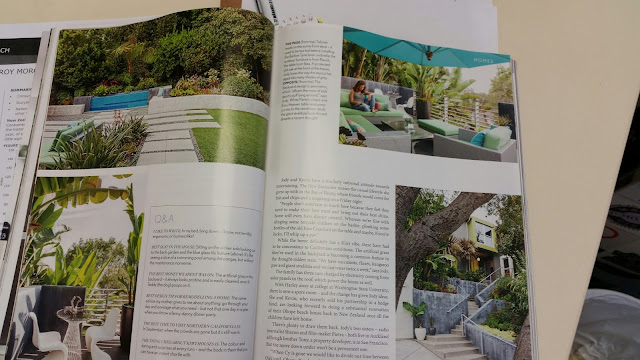 Stuff I learned.
1. Practical comes first. Don't bother with precious, faffy stuff, unless it goes on the wall. It will drive you crazy minding the white cloth on that chair.
2. You can always cut the tile budget even further. Tiles don't look half as good once they're grouted, and cheap white subway with a stripe (or just one wall) of that pricey tile works well.
3. Spend money on the drawers and cupboards in the kitchen and bathrooms and whatever other things you touch every day all day. (I know, boring.)
4. Taking away upper cabinetry makes the kitchen look more like a room, not a utilitarian space.
5. Do what you want to your house! You'll be in your house twice as long as you think. Don't be always having an eye to "re-sale." We built a one-car garage (rather than two or three), despite others saying we were crazy. On the other hand the bath-shower in one of the bathrooms is incredibly annoying and done only because we were told we needed a second bath in the house for re-sale.

But the best piece of advice I ever got (applicable whether re-modeling, deciding on a husband or buying that new yellow frock...) was from, of course, Mum, who says: "Go through your day." And that's not the only day in the year you have a fancy dancy party.

What do you think matters in a house??

Posted by About Last Weekend at 12:59 PM