As I flew from my hometown, Ohope Beach to Auckland, there was a huge storm a-brewing cutting power and everyone was a hither and a dither not being able to make a cup of tea. The driving rain forced Mum and her friends to play Wednesday Rummikub at home; they usually play at the golf club. Yes. It was that bad.

I stayed in Auckland for a couple of days with the sisters. Sun came out - here's my sister Pietra tending to her plants. She's like Mum when she does stuff (cooking, gardening) bang, shove, plop, slap. 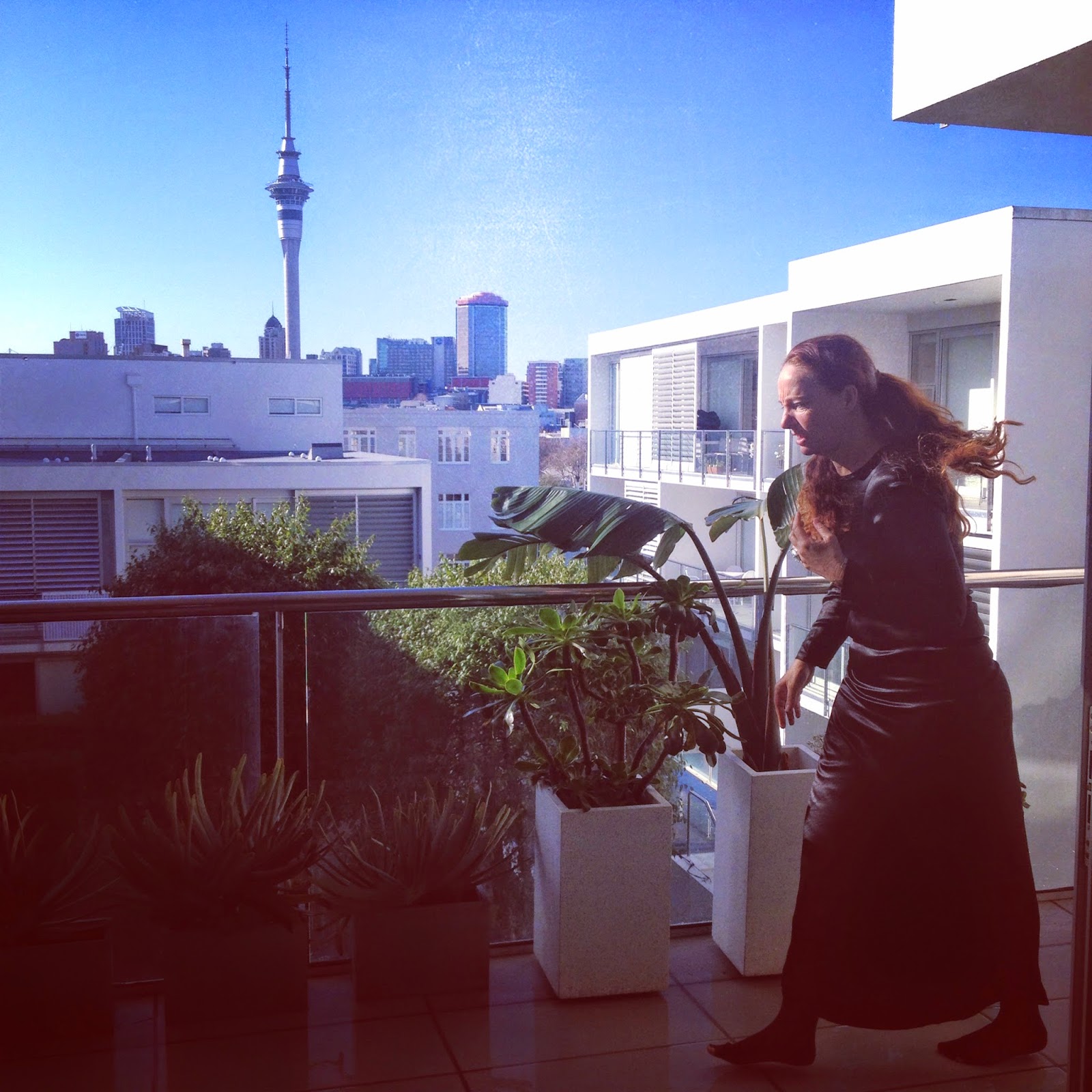 Pietra gave me some Maleficent boots which her friend in New York had given her. Then we tried on Iris Apfel-type glasses at Karen Walker in Ponsonby Road. 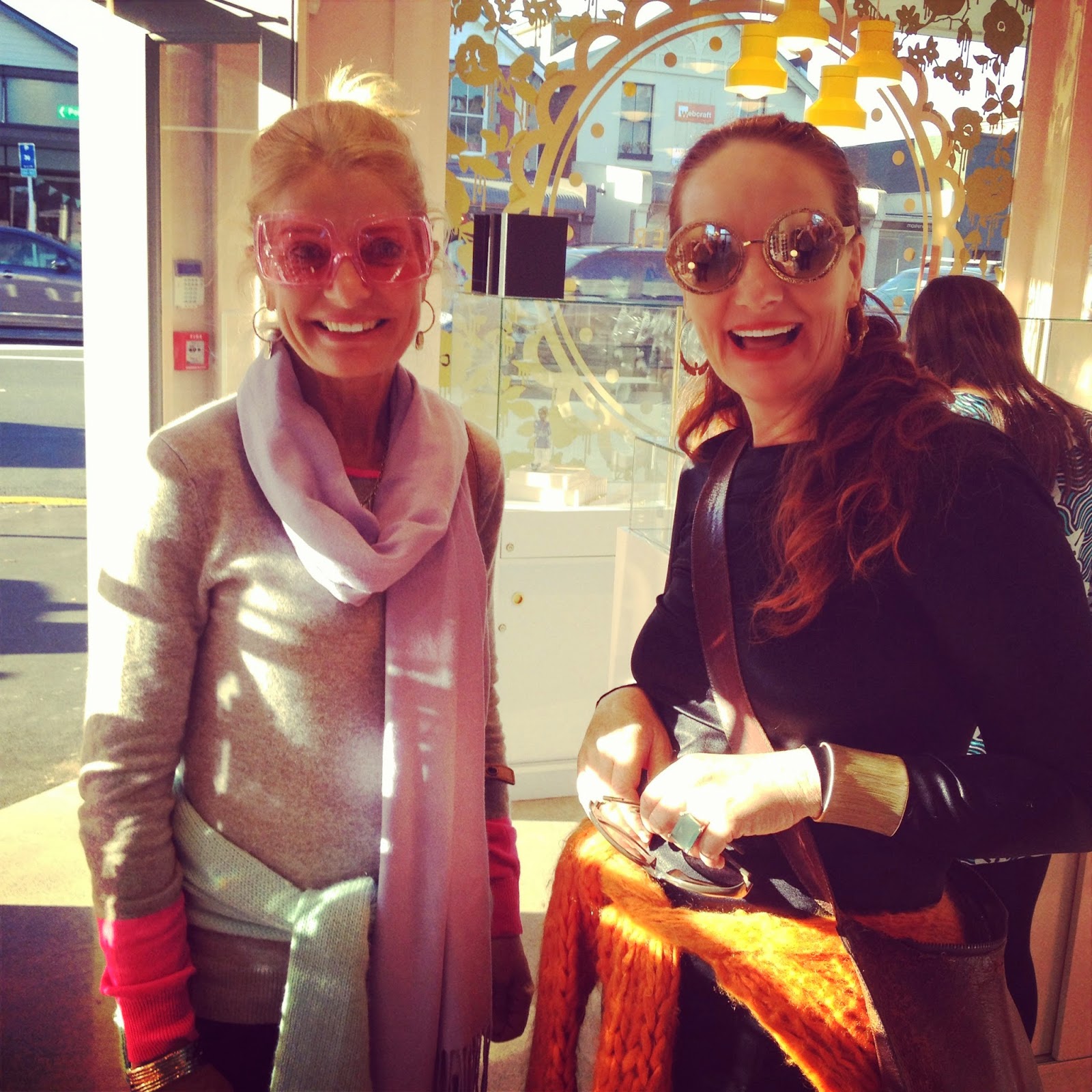 We met up with my friend Helena who has just written a book. It’s about her father’s wartime deportation from Poland, and his exile through Siberia and central Asia to Iran. He was only 13 years old. Called "Give Us This Day" it's out in October - I can't wait. What's interesting is that she wrote about the whole process behind interviewing her father ...sometimes he had no answers to her questions. Here is an excerpt from the book -  Helena and her father traveled back to Iran.

And a passage from her journal: "But how did he really feel? I ask. ‘Terrible, " he says, ‘awful.’ He knows even as he replies how weak and inadequate these words are. He can’t pin it down — and he was there. I’m feeling overwhelmed, now, by how difficult the task ahead is going to be. If it’s too tough for a writer with Didion’s skill to articulate the meaning in loss, what makes me think I can do it?"


Interesting to hear Helena talk about the process of writing which she saw in about seven stages, starting from Great Idea, to It's A Pile Of Poo and finally, Yes, It Was A Good Idea.

I'm firmly in Pile of Poo stage with my novel and can't see any way out.

Helena had Turkish eggs and I had the best kedgeree ever at Queenies, a cafe down a side street in Freeman's Bay. If you're still wondering what Kiwiana is, this place is it - paint by numbers with Maori and royal memorabilia.


Is your family wonderfully generous about identifying your sundry faults?  Pietra said I sniff incessantly: "It's so bad you don't even know you're doing it" she said "poor Kevin."

When I got home I asked poor Kevin if I sniffed incessantly. Deer in headlights. Does he negate my sister's opinion or support my non-sniffing stance.
"If you do, it's white noise" he answered "I block out a lot of things these days."
Not sure he needed to add that last bit. Sniff.

Posted by About Last Weekend at 2:20 PM