The South: Nashville to Savannah

We spent two weeks in the South this summer. Crossed three things off my bucket list. To see Nashville, to see Savannah, the homeplace of the book Midnight In The Garden of Good and Evil. And best of all, to see the wonderful New Canaan, Connecticut family who hosted me for a year when I was 17. They'd moved to Hilton Head. 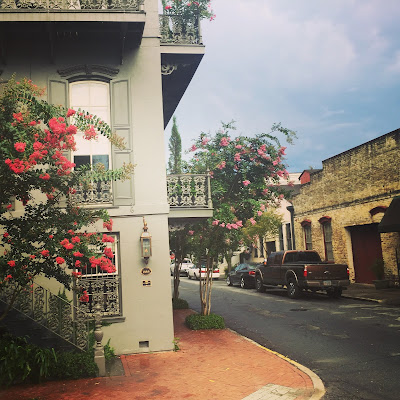 Savannah is everything you ever thought it would be; drippy with vines, muggy with heat and wet, knobbly old bars and very friendly people. Charmant, but not at all slick, despite the thousands of clattering tourist buses that run along the streets. 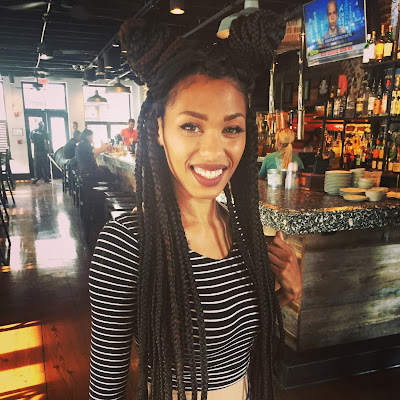 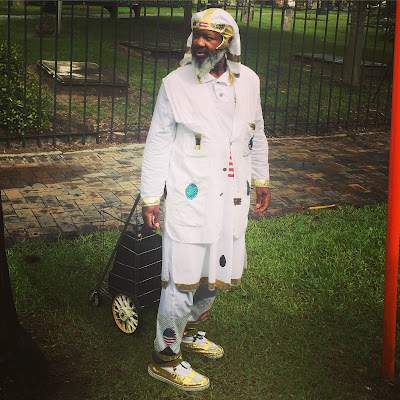 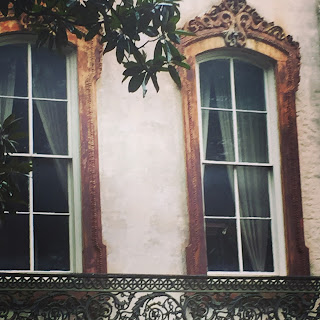 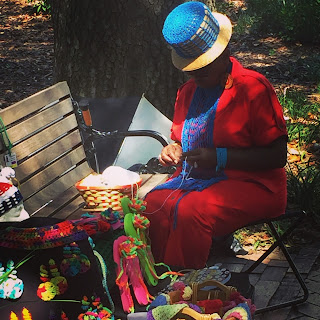 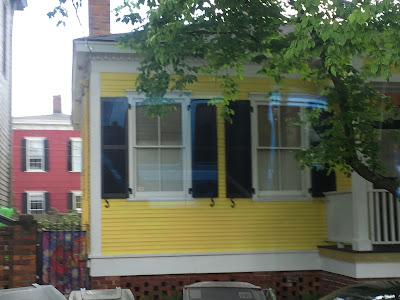 We saw loads of For Sale signs. Apparently many city folk come to live down here, then realize there are many trams and other vehicles outside their home all day gazing in their windows. 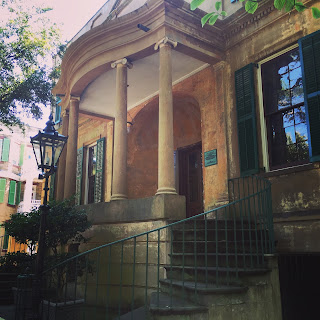 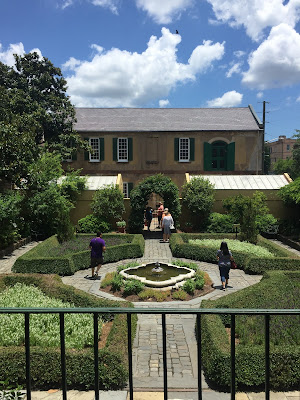 You could spend a whole day at the cemetery. The statue of the girl which was on the cover of the book "Midnight..." was removed to a museum. The family were concerned that people were climbing all over her whilst taking photos. 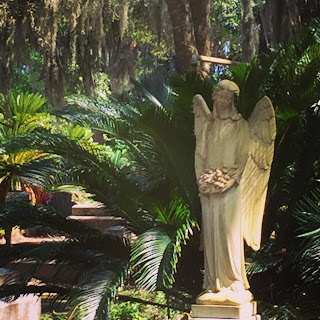 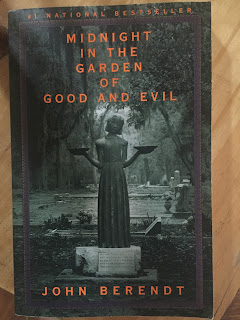 Make sure you go to the town of Beaufort too. 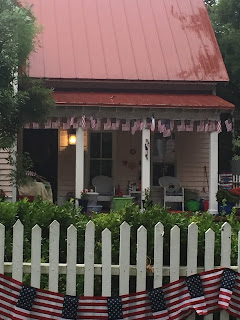 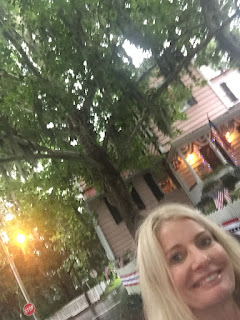 We dropped Cy off at an old fashioned camp (no screens!) in North Carolina, his first sleepaway camp --and it was four weeks. We were worried and there were a few wobbly lips on the drop-off, but he loved it. Story for another day. 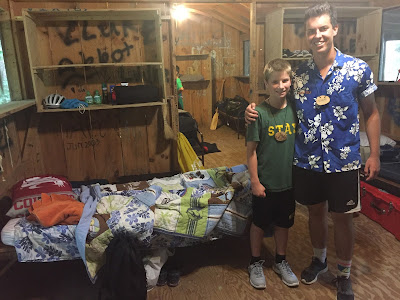 Nashville is just one street really but great fun. 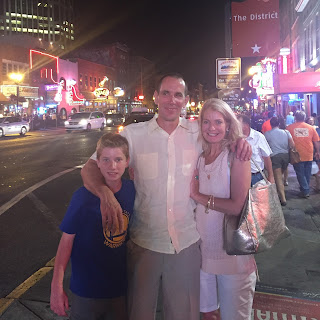 We stepped onto the stage at the Grand Old Opry. 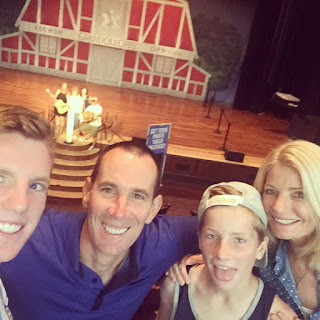 The food is tasty white and fried carbs, my kind of stuff. FF asked me: biscuits and gravy-- is that the same thing as scones and bechamel? Yes it kind of is!The sauce uses bacon drippings or lard instead of butter.


In Hilton Head I saw the half of the family who hosted me for a whole year when I was 17. Back then they lived up in New Canaan, Ct. and it really was the best year. Quite incredible to think a couple with four kids would take on another teen! 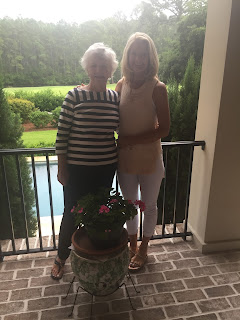 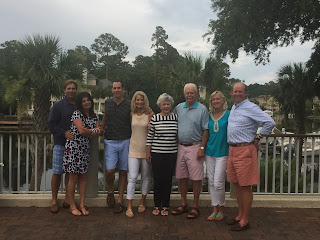 We saw the Biltmore Mansion which was overwhelmingly huge and not at all human sized. The rooms that most interested me was the kitchen and the underground pool, which they had to fill for each use because they didn't have chlorine in those days. 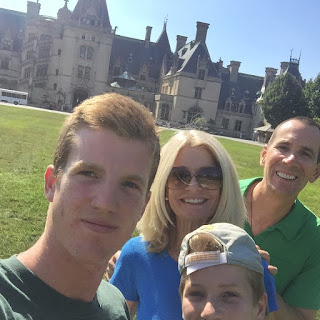 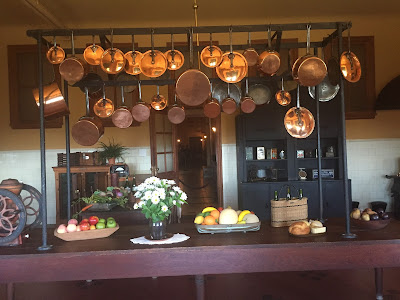 Nashville has become the second most popular destination in America for bachelorette parties, so we found ourselves in a giggling sea of women wearing loads of pink ribbons and feathers.

We also got to see the most bizarre thing in Savannah and Nashville. It's the open air traveling bar. You know when you've had a few choice margaritas or bubbles and you think of some really wild contraption and you think: This is the coolest idea ever! And in the morning you realize it was stupid and dangerous and no one would ever manufacture it? One idea that did make it is the traveling bar. Drunk people all sit around a bar with wheels and pedal through the streets, hooting, yelling and drinking. And I haven't told you the best part--it's all open air!  Someone could fall off drunk and be smooshed by a car. Not only has this traveling bar taken off, they are veritably crowding the streets. 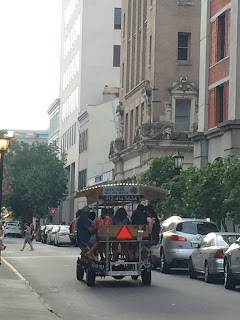 So you see, there's hope for cocktail-inspired ideas after all...


Posted by About Last Weekend at 9:03 PM