This weekend we watched three games of kid's soccer. And we'll watch three games next weekend. This would slightly depress me if I didn't have nifty things to say to the other parents. There are no easy games, Brian. But fair dues, they worked their socks off. 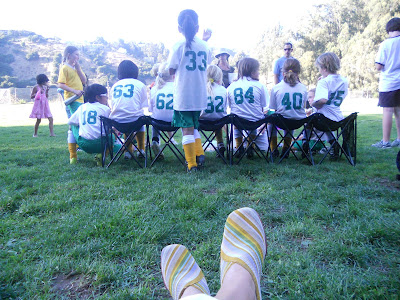 I have soaked up all the soccer cliches I possibly could stuff into a sentence because I don't really know what's going on the field. Yes, that's after twelve years on the sidelines. I am not a great advert for the game. But I am good on paper.

Unbelievably I was a guest soccer columnist for The Daily Telegraph in London during the 1994 World Cup. Those articles were later entombed in a book, which I'm sure is clogging up tables in yard sales around the world. 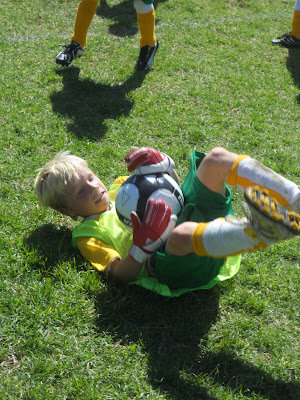 To explain: my columns were more about the culture of soccer - silly sayings and players' hairdos. I just looked in the dusty reaches of our garage and I can't find any of the columns or the book. Blow, because I was going to re-hash them for your benefit. My British journo friends will be amazed that I can re-jig an article from 15 years ago. But I haven't yet heard all these expressions here in the US, so read on....As the great manager Brian Clough said: it will only take a second. 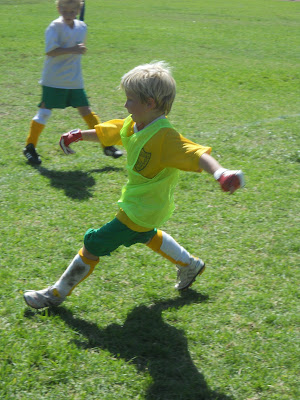 One recent weekend was "Silent Saturday" and we parents had to watch the beautiful game...silently. No calling out anything, witty or not. This meant I was at sixes and sevens how to slot in my sporting terms. In the end it yielded a great opportunity for a disco nap before Sat date night. 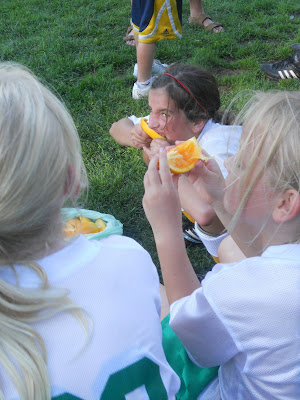 After rousing myself, I started focusing a bit on people's chairs. A soccer parents' chair will tell you a lot about the inside of their car. Some chairs are pristine, accompanied by their correct covers with a sporty little cup that fits snugly into the holder. You know the corresponding cars possess purpose-designed garbage bags and have never met a banana, rotten or otherwise. Our chairs are an ugly pink and are stained and battered.  Often I forget to pack one, so it's a matter of sitting on the grass in the dog pee.

You can sit next to anyone in soccer. When the conversation gets a little dull or too deep or revelatory - when someone starts confessing about that night in Barcelona and NOT referring to the Manchester United's 1999 Champions league win - you can always give them the early doors with a "Gosh! Look at our team go!" There is an unspoken rule that you can stop listening to the conversation if your child is doing something clever or stupid or ...anything at all, really. You are all facing the field and this usually makes for very comfortable, laid-back banter. We all know football is a game of two halves and you have to pace yourself with the chatter. (Pic below by Sabrina Marcone, 10) 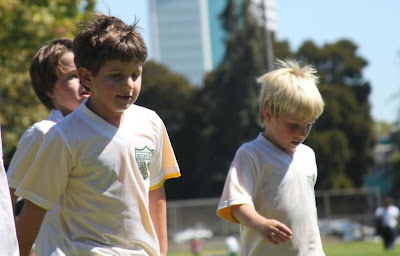 There are the parents who do know the rules, watch the game properly and have insightful comments to make. (I might have even heard the classic It's still all to play for.) Occasionally I have tried to gatecrash the Top 4 but that means a bit more effort on my part and bringing out the big guns like you can't win a title in August but you can certainly lose it.

Snacks calls for whole tomes of discussion and I will be writing on this tomorrow. Nine years ago we started off protesting snacks - can kids not run around a field for an hour without eating afterwards? Sometimes it was amazing the sugar content didn't make them sick as a parrot. We grumbled about the cookies and boxed juice (liquid sugar). Then we caved completely and to this day bring the least healthiest snacks of anyone. Donut holes...and maybe some watermelon. Kids were over the moon, Brian. 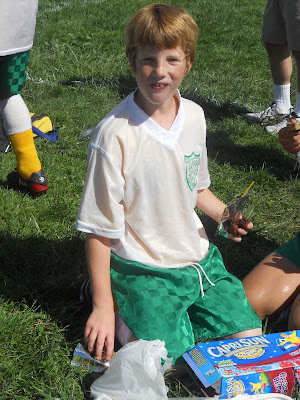 And my absolute favourite -  as you're ruefully packing up your garish pink folding chair, debris of coffee cups, Vitamin Waters, bags that contained sushi, bagels and morning buns that you, er, might have eaten all in one hour -  Football is a funny old game...

In Spain they say: "El Futbol Es Asi" a less annoying It Is What It Is.  And in American football you get: "That's why we play the game".

Now Harley and Jackson have joined their friend Tommy playing American football, so expect to see more sideline sayings for that sport...bet you can't wait. 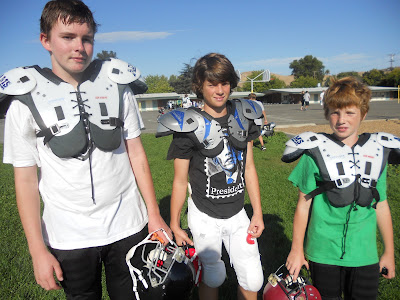 Posted by About Last Weekend at 8:48 PM