Saturday night we went to our friend Andy's 50th birthday - theme was The Sixties. Wore my vintage floral frock and had my hair done in chignon of a thousand hairpins. Good as gold. Then realised in the car the petticoat was like asbestos and the hairpins were sore, so took off petticoats and some of the hairpins. And that's how I came to look like Ma Clampett in Ellie May's dress by the time it came to doing the Soul Train. 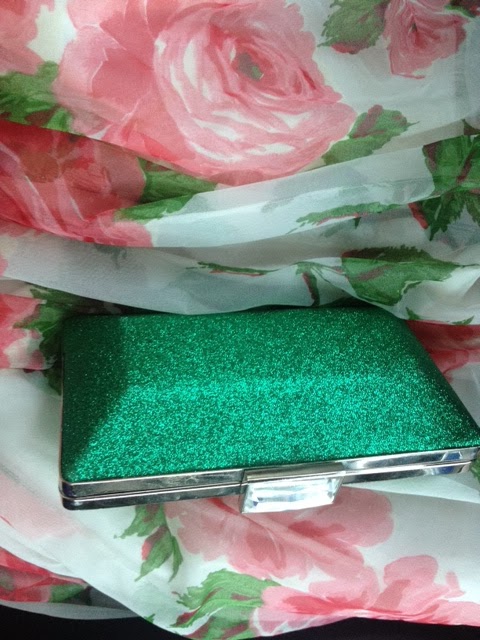 Tallulah, 12, and Jackson, 14, went skiing with their friends over the weekend. Apparently still not much snow in Tahoe. Just occurred to me that maybe we've spent all this money and time teaching them a sport that won't exist in ten year's time.

Soccer and baseball started - didn't they just finish?... there is no season for kids' sports anymore. Remember when there was a dash of frost on the front lawn and you knew it was netball time?


Banana leaves are surviving the drought, even though we've cut back watering right back.


Just mailed Pinstripe Coolots Suit to my sister blister Shazza who lives in Auckland, New Zealand. Hopefully she'll will be able to wear it while she's doing the newsreading. Judging by the cost of postage, Coolots Suit will be boarding the plane, passing Through The Curtain and partaking of First Class champers and assorted nuts whilst being guarded by El Chapo's 300 former bodyguards.  Coolots will be pretty spoiled by the time they disembark, Shazza. Just sayin'.

Yesterday morning I told my editor I was off to interview the couple living in modern treehouse - and asked her did she want to send photographer. She emailed back: "Short on photographers, Dalai Lama in town."

Classic! I was feeling "room without a roof" all day and just knowing the DL was in town made me"Happy!" Clap along if you feel like happiness is the truth...