We hear a lot about this mysterious indoor-outdoor flow, don't we?  Jean Simpson, a retired special needs teacher, who built a second home in Sonoma, really has the concept down. She literally has to walk outside her kitchen-living room to get to her bedroom, bathroom and study. And her shower is outside the outside rooms! Very cool. I know that sounds confusing, I probably described it better in my article (here) for the San Francisco Chronicle this weekend.

Speaking of outdoors - look! a clematis has come through at our house. 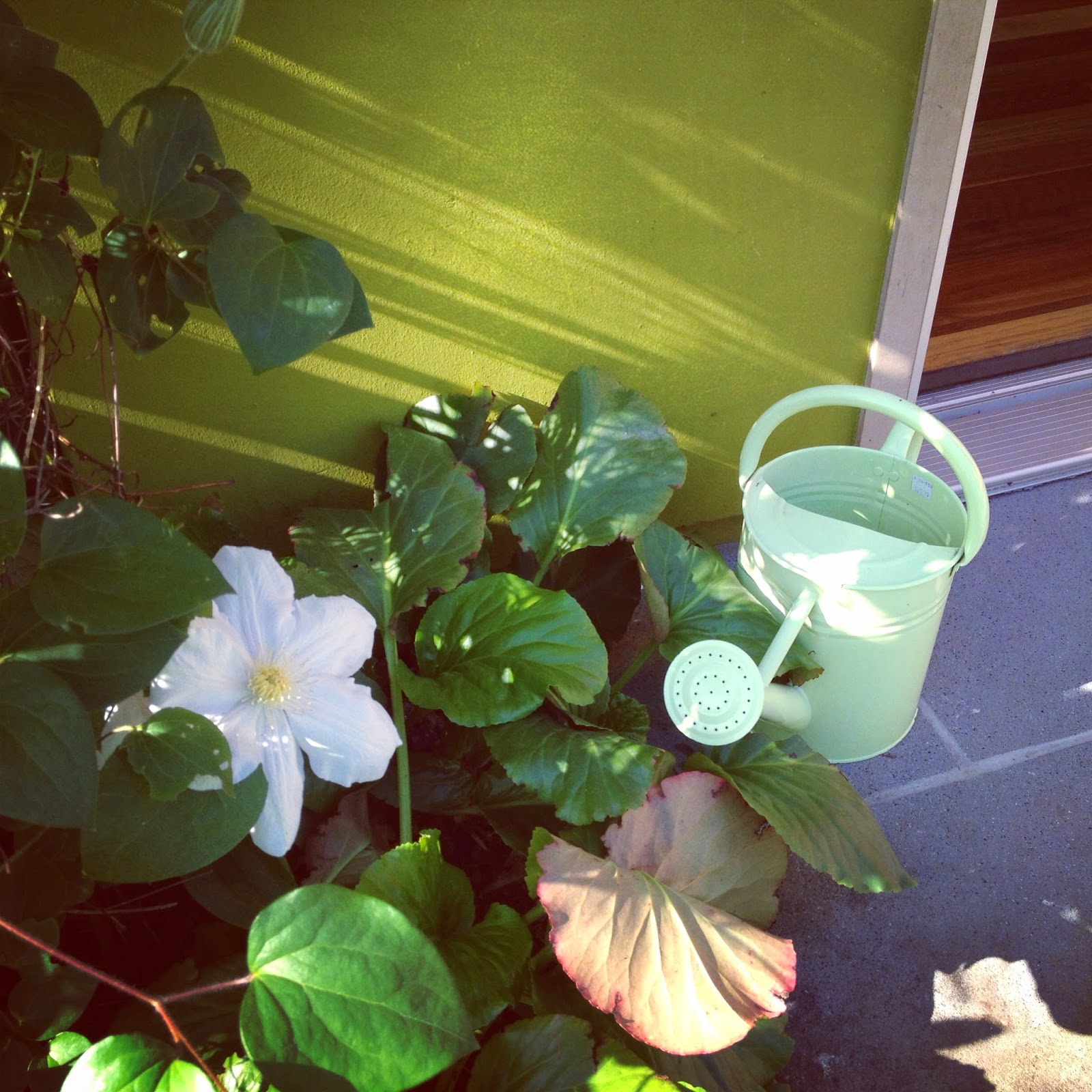 Saturday night, the old Hubstar and I went out to dinner at Camino and to see the Grand Budapest Hotel, which is so pink and purply charming at one stage I burst out laughing. But okay having now seen that and Wolf of Wall Street (boring debauchery) and American Hustle (hair dos! DVF! didn't care what happened to anyone!) there seems to be a leaning towards style in place of heart and guts. Movies full embraced by the fashion world before you've got to the end of your popcorn. Also any film maker who uses voice-over should be fined!!! (Full disclosure: my favorite movie is Nil By Mouth, but I've also never met a romcom I didn't like)


In Teddy news, he's going great guns with Leslie, the dog whisperer, running with the big dogs (sometimes 12 of them) on all sorts of field trips. One days it was under the Golden Gate Bridge, another day it was following behind Leslie's horse in Half Moon Bay.  Thank goodness this has bought him back to normal and he's left his post-operative neurosis behind him.

Harley, 16, below asked M, a swimmer, to the prom. He commissioned his friend Tassia to draw the sign. Already a skilled outsourcerer, that boy. Apple. Tree. (Apparently the theatrics of asking to the prom and the bus you go on are just as important as the actual prom) 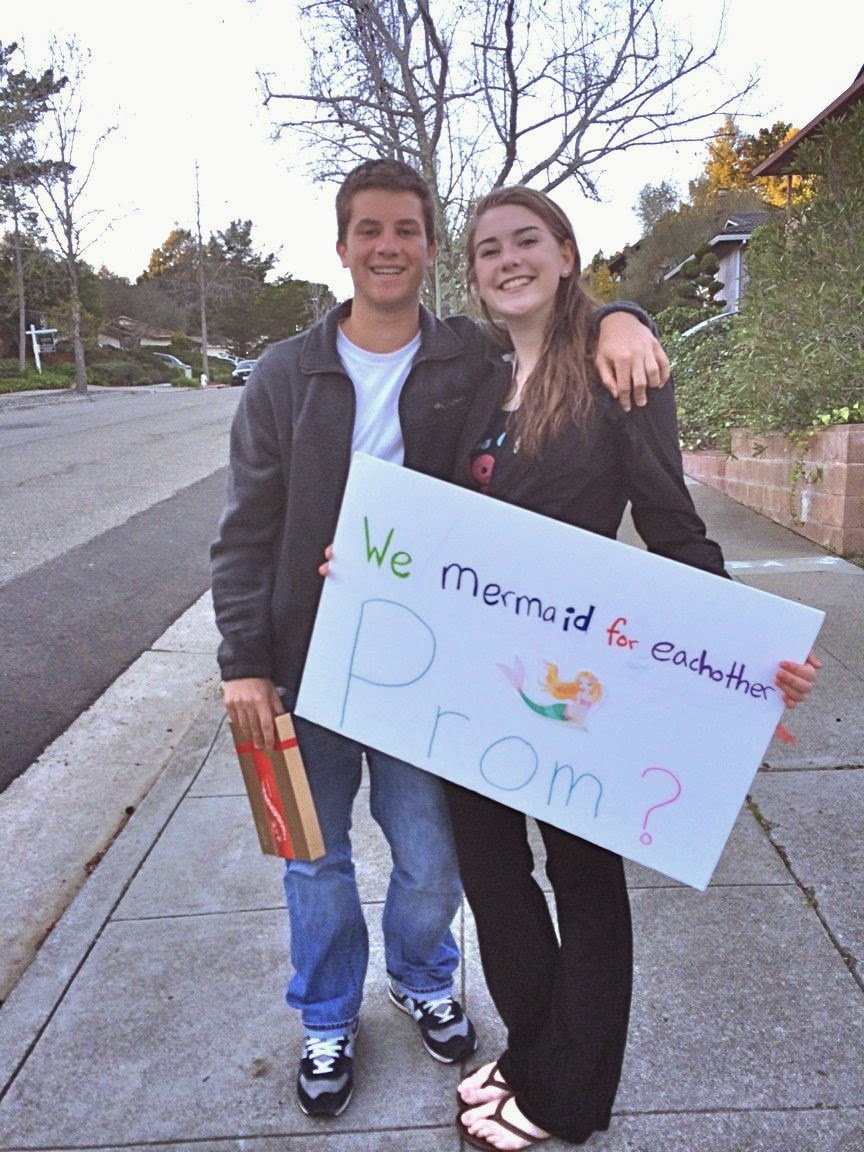 Meanwhile Cy, 10, was desperate to be in a baseball fantasy league and unbeknownst to us signed up on the ESPN website. We just found out yesterday he is in the Prison League. Could be prison guards but also could be prisoners. Like the sterling parents we are, we made him pull out. No doubt there's some blokes having a cuppa tea on Cell Block H right now saying: "Rocky, what happened to that Cy guy? He had some good picks, I miss him."

Posted by About Last Weekend at 4:07 PM