This was our last weekend up in Tahoe skiing and it was the ultimate push-edge-bend-turn  - or is that other way around? -  to the season.

And wait for this! Remember when I lost my snowboard at Alpine Meadows - and couldn't remember the colour, make or height? Not that I had completely lost my mind, memory and wits...Hmmm...Well they found it! We also lost Tallulah's skis - and they found those too. Heather at Lost and Found greeted me like an old friend - I'd checked in with her every week for months so we know each other pretty well. Why would they suddenly turn up? Apparently people accidentally take them home and have no idea until the end of the season. If you think that's unbelievable you have only to unpack with Kevin and I.

It was goodbye mountains and carpark (where you spend so much more time than you'd ever think). 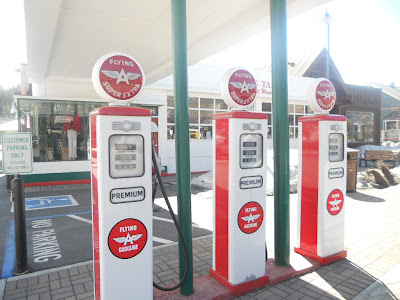 All sorts of things happened with you along...Our ski season started Christmas Day with Veuve Clicquot...and KFC. We learned to ski and ride like experts...well theoretically.  It was all a matter of saying: "It's Opposite Day!" and doing everything that self-preservation warns against. Head down the hill and dive for danger! Of course I struggled all season while our two youngest traversed from beginner to Double Black Diamond. We learned on the three-hour car ride up to pretend we were in the 1800's. Not embracing a Donner Party experience, just to temper the Weather-Freakout!Dotcom.

You heard the wonderfully esoteric and rewarding conversations in our car-rides.We learned the ten steps to Easy Ski With Kids. And yet still some days I would plead to Kevin to drop me off on the side of the road; the kids were fighting, we couldn't find three gloves, I was already exhausted and it was only 8.30am. And then we saw the snow...

And see yas later to our ski lease, you were a good old house. You and I both saw these icicles outside the kitchen form and melt many times. 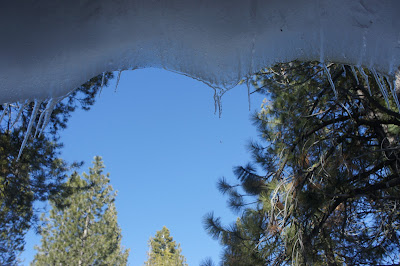 It's always intriguing to stay in the home of someone you've never meet (less intriguing to pay them). Here in Tahoe, owners feel free to leave their bits and bobs all around. Their family photos that I examined for four months trying to find the answer in their faces: why would you worry so much about handwashing your plastic glasses? (which they told us to do in a note besides the plastic glasses).

Less interesting was the cornucopia of wallbumph that initially peeks your interest until you realise there are whole stores that sell it practically in kits; the old 1940's skis, bullfighting posters and kind-of Kilim rugs. I did though fall for this vignette of riverstones and the wee JohnBoy Walton truck (yes we got that in New Zealand too). And looking through their books and many videos. 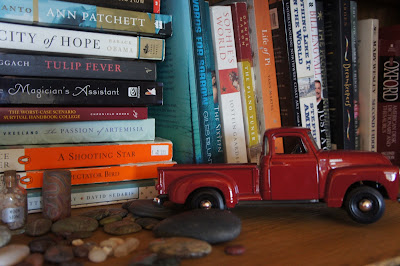 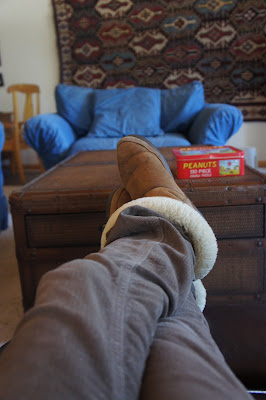 On the way home we stopped for Mexican food at another perfect little place, Old Town Auburn, 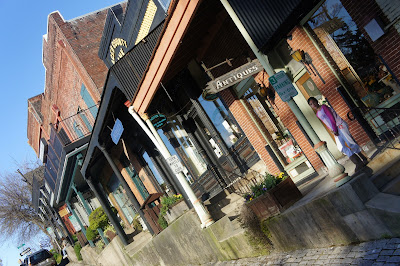 ...and headed home to Oakland with 15 cycles of dirty washing and some not so happy scrappy faces in the back. Winter is over, the summer sun is in the sky. 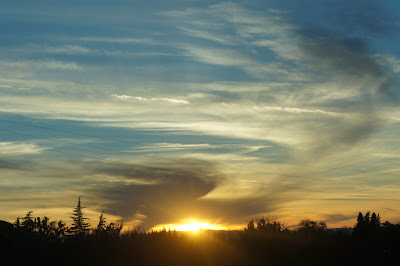 Posted by About Last Weekend at 11:29 PM