When the kids were small we used to be organised, prompt and white smoke-decisive. Now they're older we've gotten slacker...15-year-old Harley confessed the other day he'd put forward all the clocks on our computers and i-Phones to curb the creeping tardiness.

Suddenly we're on the fence about everything - for some reason we couldn't decide whether to go up to Napa for Saturday night, even though we had a babysitter.


We went. Napa is a ridiculously bucolic place with vines galore and wood and rusted-iron restaurants both modern and cottage-y. I should be posting loads more pictures of baskets because - let's face it - this is the land of the baskets, but I've been wary of them since a friend broke up with a girlfriend who filled their apartment with a psychopathic number of baskets. 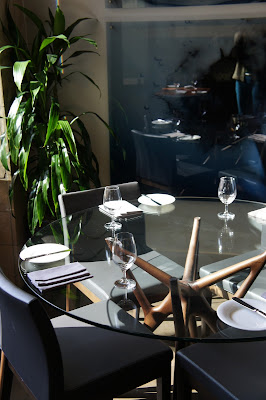 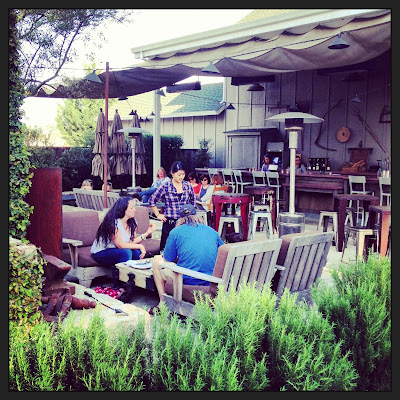 All the places in town were booked so we stayed in a large B&B which usually I avoid. Our worst B&B experience was 18 years ago at a place in England called Hinton Grange where every nook and cranny featured bossy signs like "Antique - don't sit here" and "12(pounds) to light the fire" when you'd had already paid extra for a room with a fireplace. We were even scolded for not breakfasting with the rest of the guests.

We were up in Napa to meet Kevin's old fraternity friend - I've met a few through the years and they all have names like Shitty, Shlumpy and Flappy.... like fratboy Seven Dwarves.

Our other friends from Oakland had been on the Big Gay Wine Train (That's the name of it, I didn't just make that up) for a night of wine and food pairings hosted by the area's top gay and lesbian vintners. That sounded fun and I'm tempted to sign up next year. I think they'd let me on because as the song says: "All My Friends Are Gay"

There was lots of eating (best dish of the weekend: banana crumble) and my husband's usual talk of diets including the latest one from England called the Fast Diet where you eat what you want all week but only 500 calories for two of the days.

The taxi that took us home had a sign: "Fine for vomiting in the car: $250." Certain details will push the fine up to $500, said the driver. Good thing we didn't have a big night on the turps, I said.

Talking of diets, this morning during school drop off, Fernando and Greg on the radio were discussing cleanses. One listener rang in trilling that the kale-rich Dr Oz cleanse produces the best orgasms ever! Happy Monday.


Posted by About Last Weekend at 2:38 PM