Squishing a huge blog of lentils into the kitchen floor this morning, I called out, as a water-bound siren sings for her soulmate sailor-Prince: "Bloody hell, Kevin! Look at this - I'm so sick of your stinking legumes!" 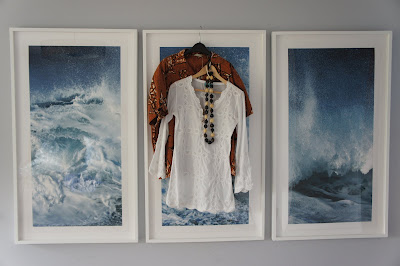 Soulmate. Like striving for your authentic self, which I have previously admitted eludes me, there is now the concept of "soulmate", presented these days as the Bora Bora of a happy relationship. The perfect someone is out there for you, and when you meet them; the earth moves, the angels sing, and you spend the rest of your days laughing uproariously in the clear blue seas and running barefoot on white-sand beaches.

My husband, Kevin. Listen, this is the guy who beat a leprechaun in a cross country ski race. As you may already know, sometimes he gets up as early as 4am to work, so he can spend time with the kids at breakfast-time and get home at 6pm. He is there to listen to Cy's endless diatribes about the awesomeness of Cody Simpson, to Tallulah's rather long songs about her life, and play hoops for Harley and Jackson. Say. No. More.

But this man among mythical green creatures is also fascinated by diets. I'm the whiny naysayer. Diets don't work, I say, which is why the billion dollar diet industry keeps making more billions.

"It's a health thing," he replies.

First he read how Cameron Diaz had saved her skin. He spent many hours in further intensive reading, and day after day followed deliveries of various skin unguents, ointments, lotions and potions. The fridge was near to swimming upstream with salmon and the air was scented with multiple snacks of sardines. 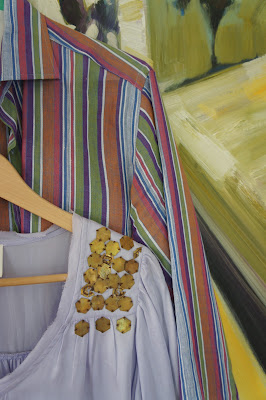 Then there was the Neanderthal Man diet. Like this hairy caveman, only food that could only be eaten raw could touch Kevin's lips. Out was anything that needed the intervention of fire or processing plants. (Though once that was established you were allowed to cook stuff.) Out with peanut butter, all bread, pasta and potatoes. Out with all legumes, like chickpeas and lentils which need to be cooked and - like peanuts - are poisonous if eaten raw. Cooked meat was eaten for breakfast, lunch and dinner, ignoring the small fact that most meats cannot be eaten raw. (Though actually I read the other day the avant garde chefs in London were serving pork pink and recently I had rather pink-ish chicken at Gather in Berkeley.)

There was much mention from friends that Neanderthal Man had died out and why was Kevin following the diet of an extinct species? A small technicality - Kevin lost 15 lbs, kept it off for a year, and those friends started doing it too.

Then one day…disaster. He read somewhere that the almonds we eat today – a cornerstone of his Neanderthal program – have been bred over the centuries from a wild ancestor that was toxic. In other words, Neanderthal man would not have eaten palmfuls of almonds for breakfast. His confidence in the Neanderthal philosophy fatally shaken, he abandoned it and wandered alone in the dietary wilderness until two months ago when he read this article, and started on the  The Four-Hour Body. 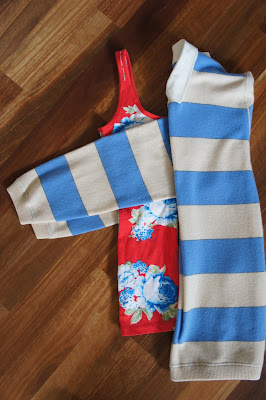 Loads of lentils, meat and peanut butter for breakfast, lunch and dinner. You have to eat as soon as you get up so Kevin leaves protein bars and tubs of peanut butter in our bathroom.  This is terribly convenient for our mice, if they are kind enough to return, as they can help themselves without screwing off any lids.

And there is one "cheat day" where you can eat anything you like in any quantities. As with most evangelists, Kevin seems to have a pyramid of followers (well his brother and a work-mate anyway) who exhange witty texts about their cheat days. "Started with a twix bar and bag of chips for breakfast" one texted him in France. Kevin has lost 15lbs again as have his two followers. 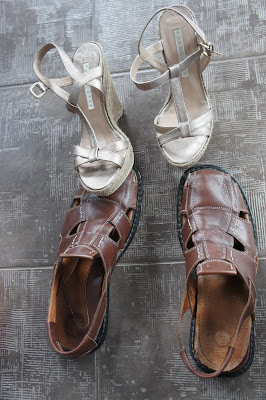 I just lifted up my UGGs (it's freezing here in Oakland) to find more of Kevin's lentils stuck to my boot. This time they made me smile -  not a message in the white sands of our soulmate lives - but a lovenote all the same...

Do you have "legumes" in your life?
Posted by About Last Weekend at 5:55 PM